Hi!  Liz here  (Rob’s better half).  Most kids and adults like to play video games and some can spend more than half of the day sitting glued to their TV screens as they do battle with graphic enemies in their first-person game. As exciting as it may be, video games don’t provide kids the avenue to flex their physical muscles or burn some calories while running. The one thing I know of that can replicate the excitement of a video game in the practical world is  laser tag.

With laser tag, you will not only be thinking but also running, jumping, dodging, squatting and taking out real-life opponents—your friends of course. What else could be better? Follow our picks for best laser tag sets of 2017 to learn more. 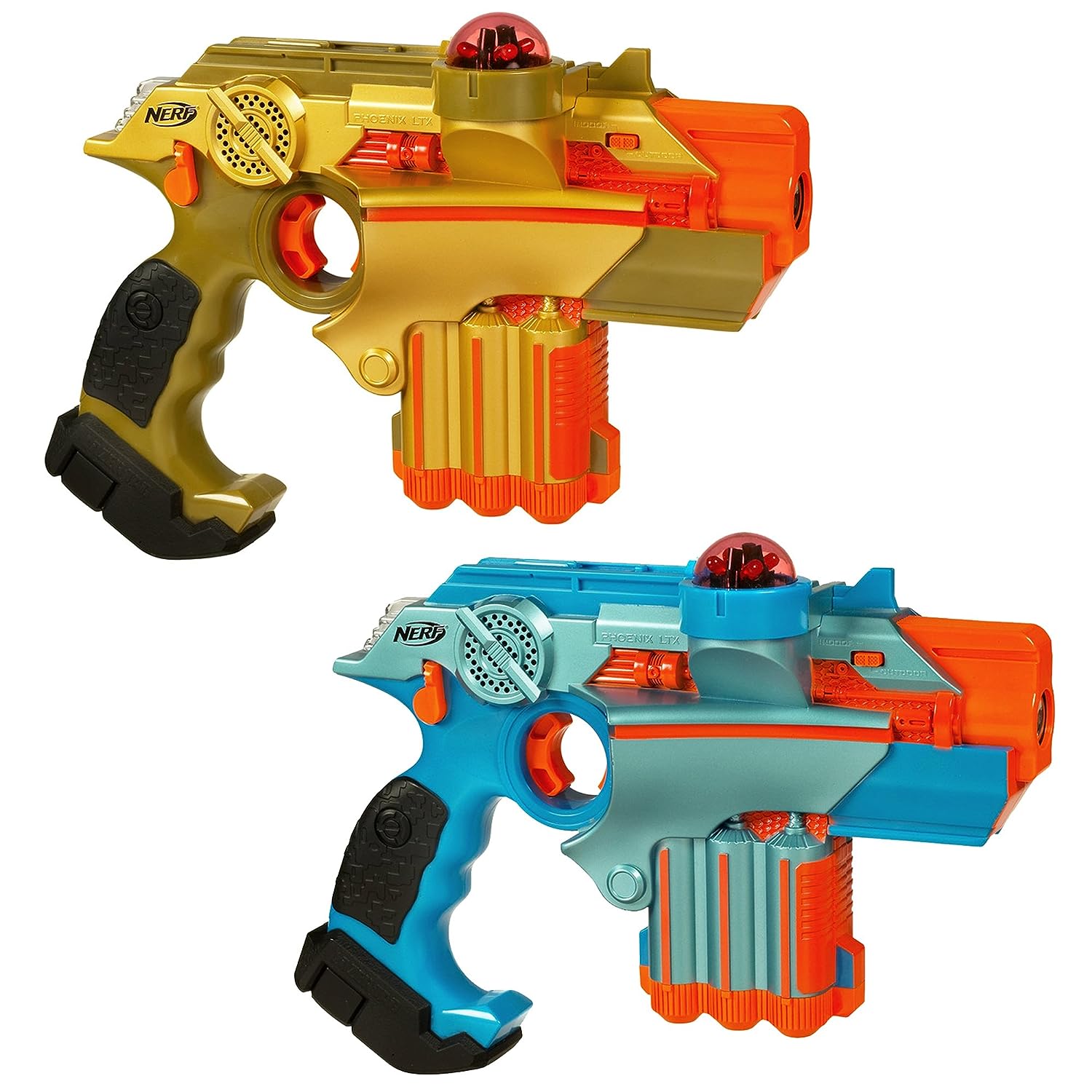 Want to get chased around the house or yard by your son or daughter in this intense real-life laser combat game? Tag or be tagged in this complete double player system that comes with 2 Phoenix LTX taggers. There is a small slide at the back of these excellent pistols which recoils on every pull of the trigger and includes the speaker gunshot sound. Enjoy thrilling minute-to-minute breathtaking action as the taggers register every single shot with vibration and sounds.

The Nerf  Phoenix Laser Tag Set comes with a setting that allows you to customize the numbers of times you can be hit before exiting the game.  An outdoor shot range of 100ft can be registered precisely using the sighting on the tags. When you lose, there is a red dome that stays lit up and prevent you from shooting, until you turn the gun off and on again to continue. 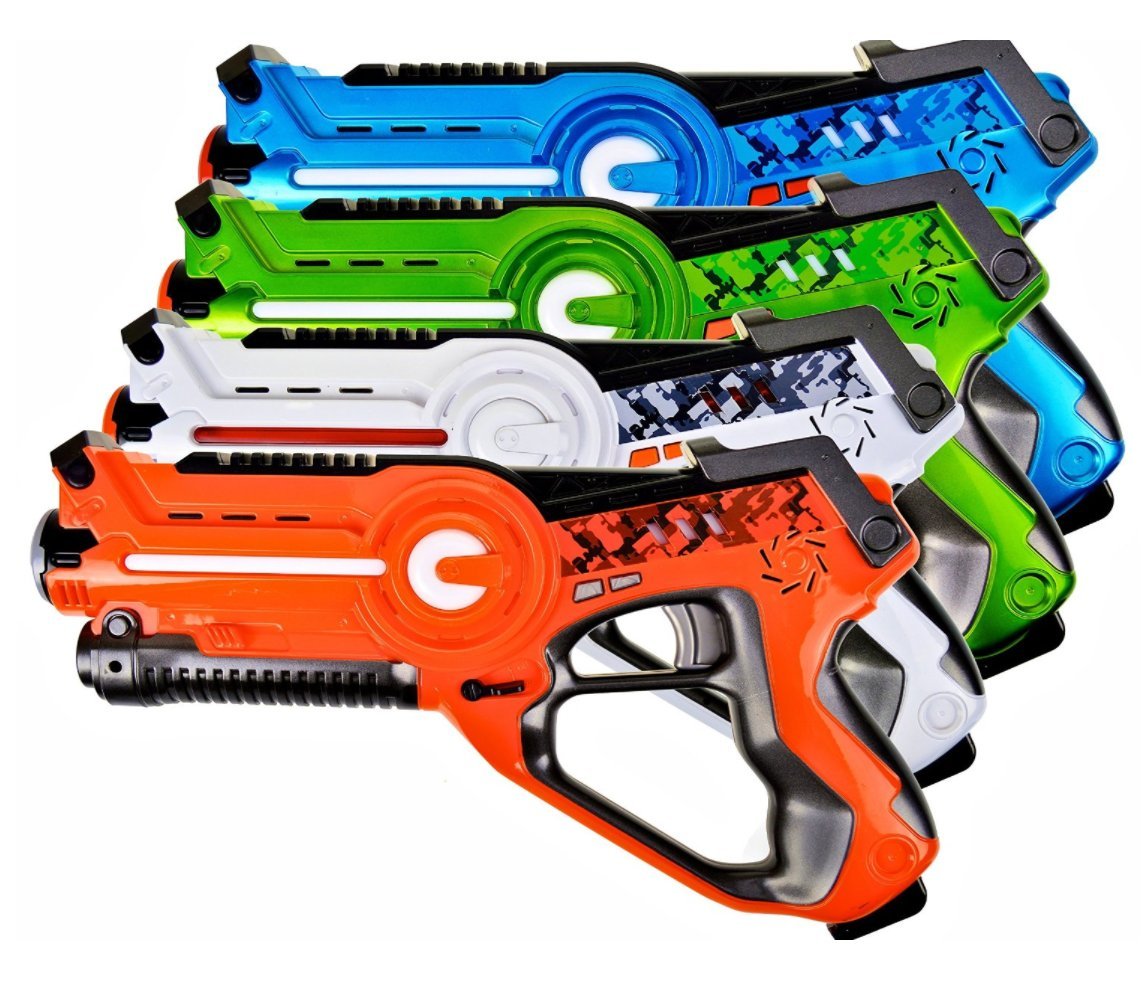 The Dynasty laser tag set is another amazing set of laser guns with lots of options on the guns itself. It features four teams you can choose from while you can also pick from four different types of gun settings. The Dynasty set is not just lasers but IR blasters similar to your remote control, which means they have no side effects for long term use.

Each blaster has 2 push buttons on the side. One is for changing weapon of choice from the four different types of weapons—shotgun, machine gun, handgun and rocket launchers. The second button allows you to select your opponent or team, depending on the color— the same color is one team while different color means an opponent. There is a push button below the hold which is used for reloading the magazine when it’s empty. 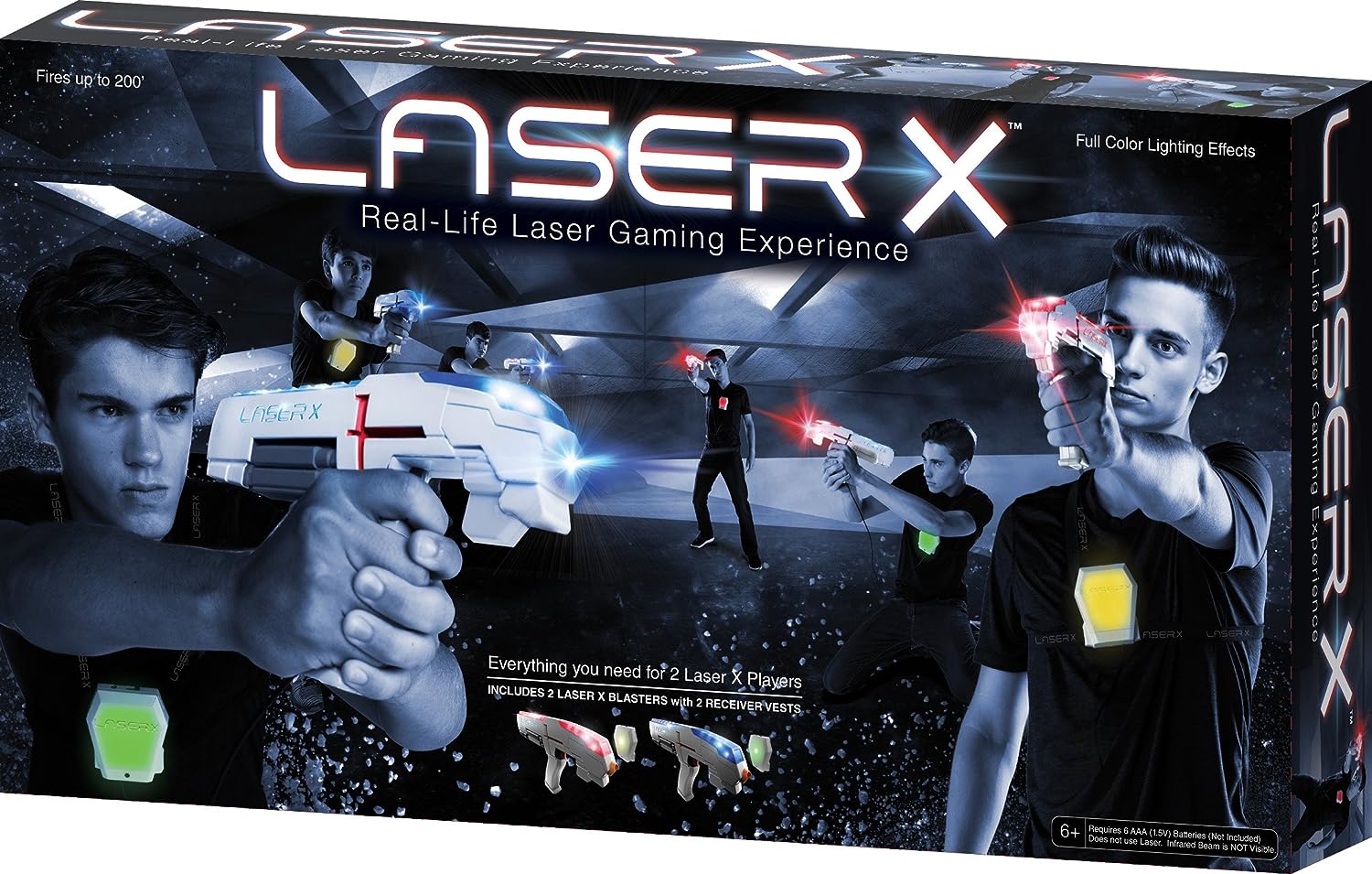 This awesome laser game is designed to be played with unlimited players. Put on your vest and grab your laser gun, choose your team—red, blue or Rogue, which means you can shoot either color as opponents. The Laser X 88016 is built to enable users to knock out opponents with accurate laser shots even as far as 200 yards away. Each of the laser guns has an interactive voice coach which enables each player to gain an advantage over his competitors as the match progresses.

Laser X provides extra sound effects and soundtracks for players through a plug-in headphone while taking part in the game. Players can keep track of shots through the interactive light display. The laser runs on batteries and also has a built-in power range indicator that informs players when they need to change batteries. It is suitable for both kids and adults.

Toys are for fun, and the best bang for your buck in my opinion is from laser tag. The best toy laser tags are those that offer a real time scenario while mimicking a war-like setting. You have the chance to burn some calories, exert some muscles and become happy with your friends and family by following our tips to purchase one of these very best laser tag sets of 2017.  You really can’t go wrong with any of them.